I’ve heard of the 7-year itch and i guess it means growing tired of someone, moving past the comfortable bliss and just feeling like roommates. Does the itch need to be scratched and ultimately lead to divorce? I’m not sure.

This past week my husband and I celebrated seven years of marriage. After having grown two babies in my stomach and pushed them out, I would say that is 10 times easier than marriage. It is the hardest thing i can possibly do, and yet it is worth every single minute. It’s never giving up, not being able to turn a blind eye and walk away, and knowing that you better say what you mean and mean what you say, because there are consequences.

Seven years of marriage still feels like and has glimpses as to those early lustful days. There are still times i feel fortunate enough to catch a glimpse of my husband –maybe when he’s talking to someone else or a look he doesn’t give too often– and I’m taken right back to the nights in 2005 he used to make my stomach flip-flop. But of course, most days we’re in our “in-between clothes (not quite pajamas, but not really clothes we’d allow one another to wear in public”) and pretty worse for wear. Most days my hair is not styled and my make up is 12-hours old. We’re comfortable and casual, and used to it.

Seven years of marriage for us has seen us go through a few jobs, both quitting and being laid off, two children, one miscarriage, two homes. being landlords, owning property that requires an unGodly amount of upkeep and time, vacations in the Caribbean, New York City, Chicago, New Orleans, MIami,  and lots of places in between. It’s seen us stressed over some serious stuff and laughs and good times and all the fun we’ve had. We’ve probably been to 100 concerts in 7 years if not way more, experienced major life changes like children and home buying and making a financial forecast for our future.

We’ve created some traditions for ourself without meaning to. My favorite being watching the movie “Just Friends” every year at Christmas and hosting a murder mystery party that grows in attendance and interest annually.

Seven years means that you no longer hide when you’re annoyed with someone. It means pointing out their flaws and venting your frustrations, more often than not. It means thankless hours of yard work or grocery shopping and preparing meals and fixing things because it just becomes a routine you settle into. It means more pops on the mouth than passionate kisses, and even quick, “lets-do-this-before-the-kids-need-us” sex versus life-changing love making. It’s rushing through an entire day sometimes barely seeing one another because you’re tied to kids’ activities, volunteer work, household chores and routine monotony just to get everything checked off the daily list.

It sounds like a bit of glim picture when i say it like this. Is this what my husband envisioned when he proposed atop that sexy patio rooftop in downtown New york City? Did he foresee me in my yoga pants nightly, serving chicken casseroles accompanied by cheap wine and focusing most of my time and energy on our two children? Probably not.

I’m guessing what he did envision though was having a life partner. Having a best friend who has his back. Having someone to raise children with who understands they are a priority and often come first. At least that’s what i envisioned.

Because as much as the above is true of our marriage, there is so much more. Seven years has given us the time to know that life ain’t always easy. It’s not always what we thought it would be. There’s a saying that if you want to make God laugh, tell him your plans. With that in mind, we rarely try to plan. We have a few goals for ourselves and each other, but we don’t expect to cross them off on a calendar by a certain date. We know that so many things can tempt and test our faith in one another, in God, in our love and ourselves. We’ve learned that communication is necessary to move past the frustrations. We’ve learned to recognize the power that can come with a compliment, the time it can take to do something nice for the other because they REALLY need a foot rub or just “pass” from putting the kids to bed one night. OUr marriage is strong and solid and stable. It might not be the romance or excitement our first year of dating, or even our fourth was, but it’s the real deal and it’s not going anywhere.

The things i love the most about seven years of marriage are knowing that i’ve changed personally quite a bit. I’ve got new goals in life and passions and friends and tastes in clothes and food and music. So i’m not the same person I was in 2008. ANd thankfully, neither is my husband. I can’t very well expect for him to be fine with my changes and me not recognize his newfound love for football or politics or this or that. To know we’re not the same people we were when we first started dating, and we’re still completely in love, means we’re still constantly connected to one another and growing and evolving as a couple.

Thankfully our family lives nearby so we’re able to have a night to ourselves pretty regularly. Sometimes it means dinner out somewhere expensive and yummy, and other times it can mean a night out of town for a concert or getaway. But a lot of times it just means a night at home without the needy cries in the morning for breakfast or entertainment. It can be just some time to stay up late having a bonfire in our backyard “connecting” with one another. We thankfully haven’t lost sight of the importance of date nights. We give each other lots of space, be it a regular poker game, or volunteering at church, or going out with girlfriends, etc. BUt we also have a weekly “show” we watch together, still try to have Friday night movies, and make sure to eat dinner together with our kids every.single.night.

Seven years is something to be proud of in this day and age. Even one year is something to be proud of. Divorce is so rampant that it’s like an epidemic. Some people take it for granted and others fought tooth and nail for their marriage and it still just didn’t work out. Whatever the reason, I don’t judge. Marriage is hard. And i hope to make it seven more, and seven after that, and so forth and so on. Because for me, my marriage is sacred and tried and true. My husband may laugh at my wanting to celebrate our anniversary sometimes, but’s not a day i brush off lightly. It stands for so much more and is what I’m most proud of. Because without it, i wouldn’t have my children and the emotional wellbeing that my marriage provides. I thank God for it every day. 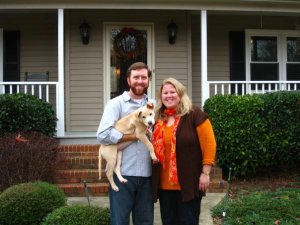 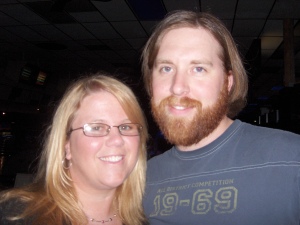 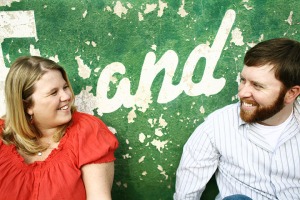 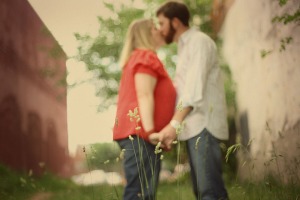 one of my fave engagement shots 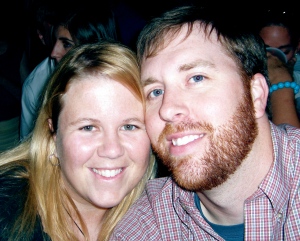