This morning on the way to school, or rather in the garage, mid-five-point-harness-buckling, my almost-six-year-old son asked me if being a mommy was hard. I paused for a second. My two-year-old son was running wild in the driveway after being asked 10 times to get in the car. My watch showed I had exactly one minute before I had to be out of the neighborhood to miss the crazy traffic situation that would put me in the death trap of carpool line. I bumped my head on the ceiling from bending over to buckle said five-year-old boy in a car seat that every other kid his age can do themselves; but we have a little guy on our hands.

“Hmm,” I replied. I really thought long about how to answer this question. Does he want my answer right now? My stomach is growling, from not eating breakfast yet, while my youngest is begging for a cheese stick (which will be his mid-early-morning breakfast because he still has another coming at daycare and already had a snack first thing this morning).

Does he want to know how I would answer this at 6 pm? The time I come home from work and just want to sit on the couch with my husband, envious of his laptop, web-surfing and shopping while the boys are watching TV and I’m asked “what’s for dinner?” for the fourth time this week.

Or does he want the answer when just 15 minutes later we’re all three snuggling in chair, reading “Try it You’ll Like it” for the fourth time this week. His younger brother reciting the words and pointing out familiar objects in the book as though he illustrated Arthur, The Brain, Binky, and D.W. himself. My heart is happy knowing our nightly reading is sinking in somewhere, and they enjoy this uninterrupted time.

Perhaps he wants my much-deeper thoughts of how to decide if a kid who’s academically and socially advanced, but physically the size of his much-younger brother and also the youngest in the class, should start kindergarten. And how I weighed it and took a gamble, prayed bullying won’t start until he’s much older and has an army of friends to protect him. I worry the same about his brother as well, who’s much bigger but has an even later birthday and would start college at 17 because his birthday is after school even begins.

Maybe he wants to know what it felt like to go into labor three weeks early unannounced. That scary feeling of “why is my water breaking this early? Will he be okay?” The 24+ hours of labor, the three hours of waiting for the epidural to wear off because it was so strong I couldn’t tell when to push. Or maybe the moment when I met him and my world exploded with love.

Does he want to know how in between he and his brother, I lost a pregnancy. I still think sometimes if it was a baby girl or boy? If it hadn’t happened, how we wouldn’t have his beautiful, rambunctious, and amazing little brother? But how hard, in that week of miscarriage, I struggled. How much I felt like a horrible mom to that baby I lost and how hard it was to even want to try again?

I looked down at my phone alarm reminding me of a meeting this morning juxtaposed to a school volunteer moment, get-a-gift-for-Aiden’s-birthday-party-reminder and the upcoming K5 graduation ceremony. Does he want to know how much I struggle with being a working mother, knowing it’s for the best, but how much I just want to appease him when he begs to be a car rider who gets out at 2:30? Sure, I could do it, I’ve told him. But we wouldn’t live where we do now, nor be able to go to the beach or play T-ball or get the latest fidget spinner. Well, maybe we could oblige for a fidget spinner.

When your baby is throwing up every day, screaming, crying, from an illness, can’t tell you why, and your husband is on night shift so you’re alone five nights a week, it’s damn hard to be a mother. It’s much easier to be that girl in yoga pants who didn’t actually do yoga and just watched Dateline and Law and Order SVU on Sunday afternoons. You start to question your sanity. It’s harder than hard.

But when they’re a little older and cry from throwing up and you know they just had too much fun in the bounce house or a stomach bug went around the daycare for the 10th time, and they just want you to hold them and cuddle them, it’s easy. It’s easy to be a mom when they fall and get a tiny scratch that changes their skin from pink to light red, yet to them equates a pint of blood loss. Because then, they need their mom. It’s easy when they want you to bring them some water because their throat hurts or just come back in for one last kiss before lights out.

Sometimes, when my husband has a much-needed guys’ night away, I let my oldest sleep with me. I’ve never been a co-sleeper and my kids will talk in their beds for what feels like hours, perfectly content, and fall asleep on their own. I need my me time. But on those nights, it’s an extra treat (because let’s face it, my husband doesn’t exactly get a guys’ night away nearly as often as he would like, or deserves). On those nights, it’s pretty easy to be a mom and just look at his long eyelashes over his soft cheeks while he sleeps next to me. Instead of waking up to, “I want the iPad,” he’ll wake up and kiss my nose to say good morning. Those days, being a mom is pretty darn easy.

And it’s even more rewarding when they read a book to me for a change, or put together a mother’s day gift all on their own. Or hell, even pee pee on the potty correctly every.single.time.

Some days are long, hard, tiring, trying, annoying, hair-pulling, gut-wrenching, sickening, confusing, and mind-blowing. And within those same days are moments of bliss, pride, hilarious laughter and overflowing joy.

“Well, sometimes it’s really, really hard, and other times it’s the easiest job in the world.” I said. “But I wouldn’t trade any of it because I love you,” I replied about two seconds later.  I buckled him in, scooped up the two-year-old who was now peeing in the bushes by the basketball goal, and drove to school. He seemed content with that answer, probably never knowing my 20-other could-be thoughts on the question, and that’s just the way I like it. 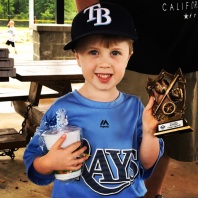 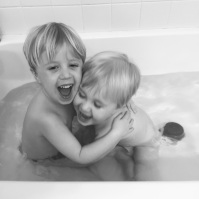 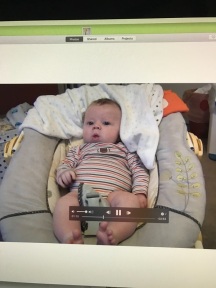 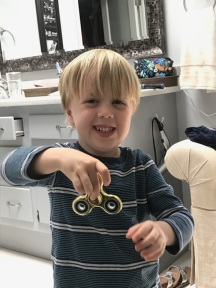 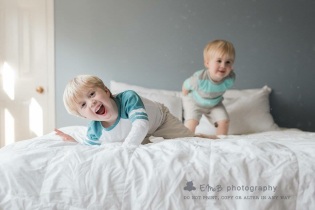 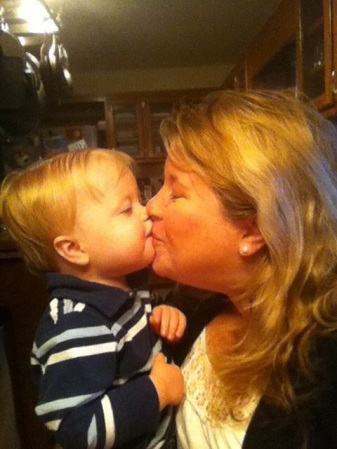 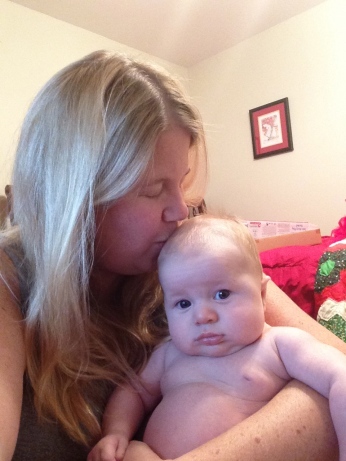 Sometimes I can never get enough of his smell.

My heart is full.